The narrow road a few miles beyond the no-traffic-light-small town Buena Vista, GA, is the last place you would expect to find the riot of color and fanciful structures of Pasaquan, an art installation on the National Register of Historic Places. 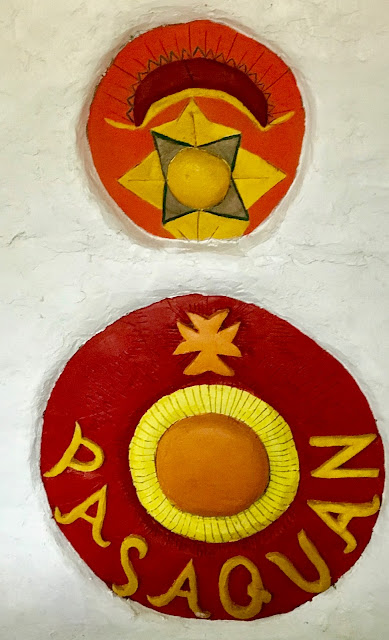 But then Eddie Owens Martin, born at midnight on July 4, 1908 to west central Georgia sharecroppers, is the last person you would imagine receiving life-altering visions and messages from Pasaquoyans, residents of the distant future. 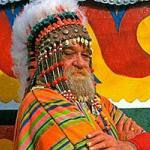 Eddie hated farming, did not get along with his father and, according to caretaker Charles Fowler, "never felt like he belonged." So at 14 he left home, ending up in New York's Greenwich Village at the height of the Roaring '20s. His "career" includes stints as male prostitute, street hustler, drag queen (Tattoo Contessa was his stage name; ahead of his time, Eddie had arm sleeves of tattoos), fortune teller, gambler and cook for southerners up north.

His father died four years later and Eddie returned to the family farm - they now owned a 1900s farmhouse and seven acres - to help his mother and brothers get the crops in.

In 1935, he fell ill and the Pasaquoyans first came to him in a fever dream, one of many visits to come. Theirs was a peaceful world in which all religions merged in harmony. Eddie began studying different cultures and their art, so when the Pasaquoyans told him he needed to change his ways and build something out of his life, he took them literally. Changing his name to St. EOM, he returned to the Georgia farm and in 1955, began transforming it into a sanctuary for himself and any Pasaquoyan who might visit. 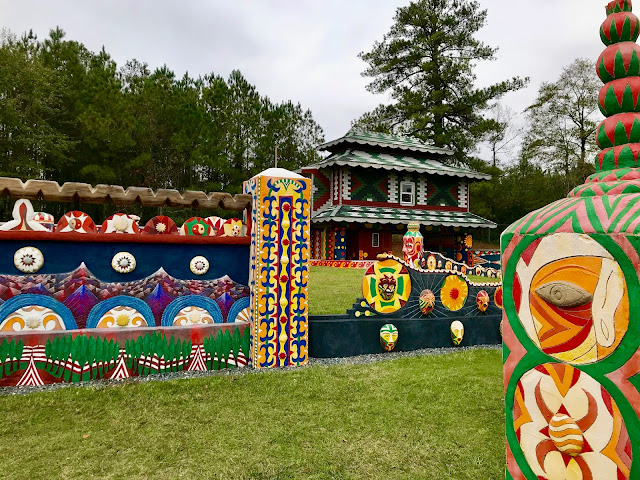 The "viberations," St. EOM's word, are overwhelming. Visitors don't know where to look first. Color, forms, patterns, figures and visions are dizzying, assaulting the senses. In looking for descriptors, I keep returning to St. Eom's viberations. 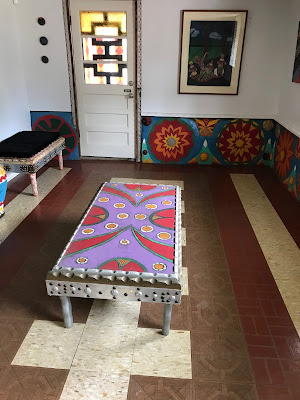 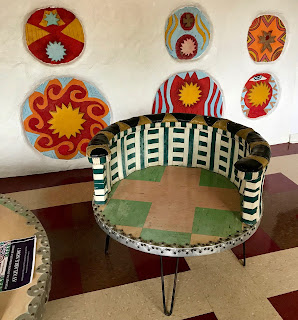 St. EOM supported himself and his visionary art environment making and selling furniture and jewelry and telling fortunes that, by all reports, were remarkably accurate. 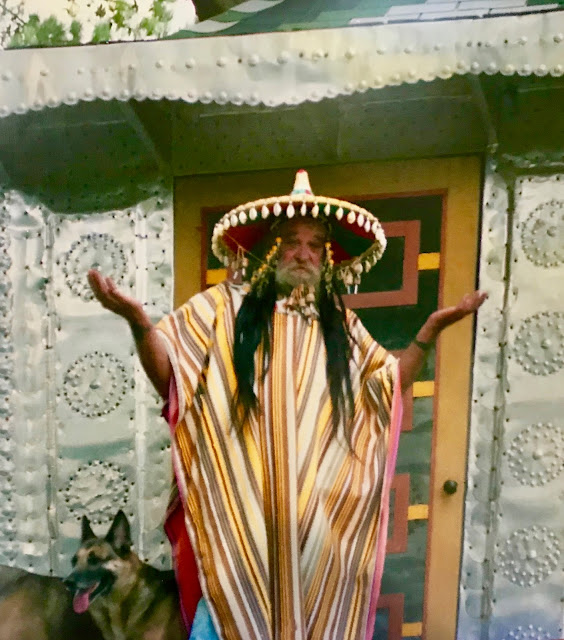 Attired as a shaman in colorful, flowing robes, tinkling bells and jangling jewelry, he must have been quite a sight in this rural community. 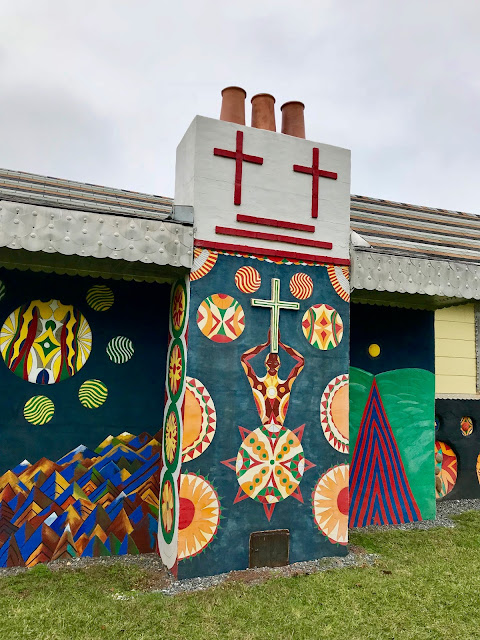 At the age of 76, with heart problems and cancer, he decided to end his life, bequeathing Pasaquan to the Marion County Historical Society. Friends of Pasaquan was born and after a meticulous restoration by the Kohler Foundation, the complex reopened to the public in 2016. 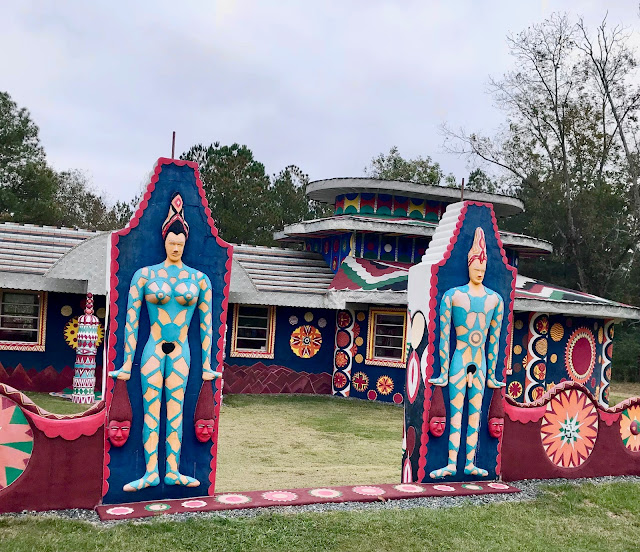 Now under the management of Columbus State University, Pasaquan, 238 Eddie Martin Rd., is open 10 a.m. to 5 p.m. Friday, Saturday and Sunday. Suggested contributions are $10 adults, $5 seniors, $3 students. The complex is closed for the months of December and July. 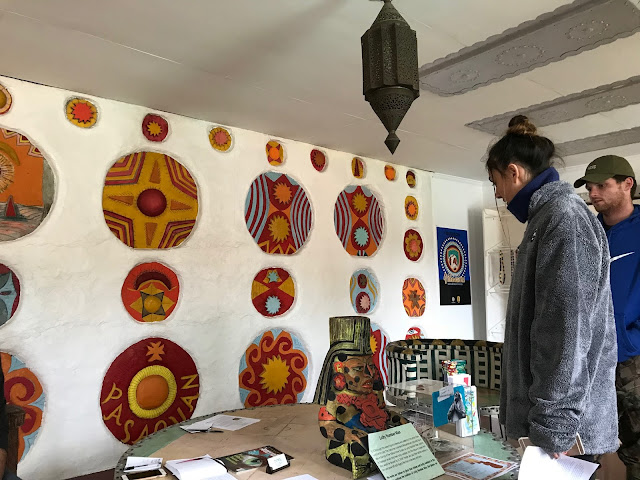 There are no overnight accommodations in Buena Vista, but plenty in nearby Columbus and Americus. I can recommend the fried chicken at Annie D's, just off the square in Buena Vista.

The Society of American Travel Writers invites bids on travel delights from luggage and City Passes to personalized tours from travel writers, a stint as Honorary Duck Master at the Peabody Memphis,


or stays at the fabulous Fogo Island Inn in Newfoundland, Music City, Ashville, the Farol Hotel in Portugal, Sandals Resorts or 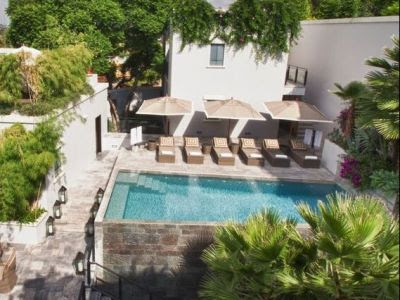 at Mexico's No. 1 hotel, the Hotel Matilda in San Miguel.


To see all of the auction items and to bid, go to https://www.silentauctionpro.com/bidonlinegrid.php?groupId=894

Do read the fine print listing exclusions and conditions for any items before bidding.

Imagine a nine-night trip to Cape Town, the Cape Winelands and safari at a Thornybush Lodge adjacent to Great Kruger National Park with tours, seven breakfasts, three lunches and three dinners with all in-country flights and transfers for $4,199 per person including international round-trip air.

Thank South African Airways Vacations for this one, including two free nights in the Cape Winelands. You will fly in and out of JFK.