Cambodia and Vietnam the AmaDara Way

Cruising the Mekong River on AmaDara

If you want to feel incredibly privileged and fortunate, see a third world country on a first class river ship. AmaDara, the largest and newest ship plying the Mekong River, made her inaugural cruise in August and I was there for the experience. 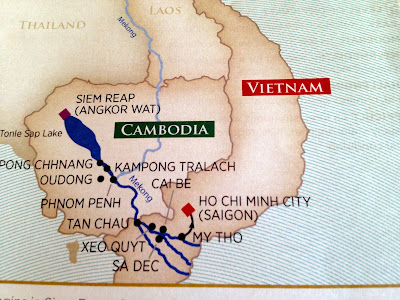 AmaWaterways had just been named Best River Cruise Line by Virtuoso and AmaDara enhances that reputation. Cruises on AmaDara start at $4,959 per person.

The experience began on land with a stay at the exotic Sofitel Angkor Phokeethra Golf and Spa Resort in Siem Reap, Cambodia to see Angkor Thom and Angkor Wat, what are left of the glories of the Khmer empire when much of this area of Asia was known as Campuchia.

Angkor Thom, with a variety of temples and beautifully carved walls, is most everyone's favorite but its smaller spaces can become claustrophobic when the hordes of tourists descend every day. 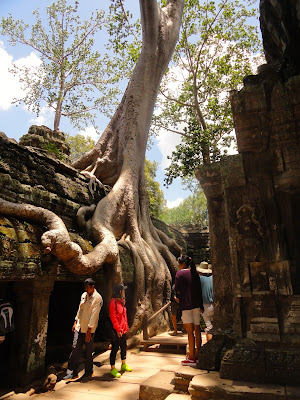 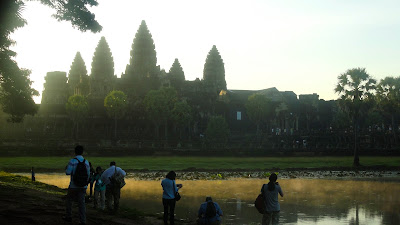 Angkor Wat, larger and better preserved (its royal builder insisted on a finer grade of limestone), absorbs the hordes and only seems crowded for the sunrise, when everyone wants the same view of reflections from across the lake the massive temple faces. 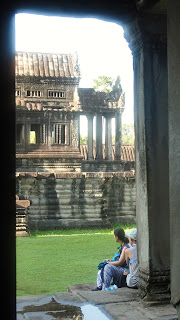 Both are impressive and convey the melancholy of lost grandeur.


Life on the Mekong River
We were welcomed to AmaDara by a local band, Cambodian lion dancers, traditional dancers, captain and crew and AmaWaterways' owners and board of directors. Cabins are spacious, come with two balconies and are well-equipped. Public spaces are comfortable and airy.

Every day we had choices of excursions to decidedly non-touristy locales each of which added insight to history, culture and way of life of its residents. Unlike large cruise ships, AmaDara has no photographer in your face trying to market photos or a shopping director steering you to "preferred" shopping.

Surprises are an AmaWaterways tradition and we had some doozies: permission to photograph or tape Buddhist monks at prayer, encounters with survivors of the infamous Killing Fields and rides on an ox cart. On board, we were treated to young dancers, seasoned musicians performing on traditional instruments, cooking demonstrations and staff talent shows.

Three times a day we were offered inventive Western and local dishes, five-course lunches and dinners, both with fine wines and frequent cocktail parties. Pho Ba for breakfast became a favorite.

By the time we reached Saigon, or Ho Chi Minh City as everyone but its residents call it, we were truly an AmaDara family. After a city tour we went out own ways, shopping, touring, relaxing.

If you ever find yourself here, don't miss a meal at the Sofitel Saigon Plaza's Mezz restaurant, an amazingly comprehensive buffet of Western, Asian and International cuisine stations, or Quan Bui, a gustatory revelation of Vietnamese cuisine.

We all took home suitcases full for goodies but lasting longer will be the respect and admiration for the people who smile despite not always having enough to eat and are working hard to improve themselves and their countries.

Note: For a more thorough account of the cruise, go to All Things Cruise  and look for AmaDara.

How about $479 for nine nights in Italy?
Three nights' accommodations Rome at the Hotel Buenos Aires, three nights in Florence at the Corona d'Italia and three nights in Venice at the Malibran or Santa Chiara plus daily breakfast, high speed train tickets, free pizza and gelato in Rome and Florence and and a tour of Murano in Venice. Oh, and one sight-seeing tour.

Available November 1 to December 20, 2015 and does not include air or local hotel taxes.

Upgrades available, natch, at  www.tourcrafters.it, “Deal of the Week.”   For reservations, call TourCrafters  toll-free  at  1-800-ITALY95.