You may have heard the reports of new levels of discomfort at the bottom when it comes to airfares, but it is going to take time for everyone to become fully aware of the implications.

American, Delta and United have them up now on their websites which means eager do-it-yourselfers best be careful.

OK for a short flight and stay or a spur-of-the-moment hop to couch surf with a pal, but not satisfactory for most of us.

American begins stripped down fares for flights on 10 test routes from hubs (including Charlotte to Orlando and Philadelphia; Dallas/Ft. Worth to Baltimore, Philadelphia, and Tampa; and Philadelphia to Ft. Lauderdale, Miami, and New Orleans) as of March 1.

United begins April 18 with test flights to and from Minneapolis/St. Paul.

Delta has sold them for awhile.

Check the fare class of your ticket before competing the purchase.

Don’t say we didn’t warn you!

Princess Cruises is the first to adopt it, installing the interactive platform technology on Regal Princess for a November 2017 debut. In 2018, Royal Princess goes Medallion January 2018, Caribbean Princess March 18.

Promoted as your personal 24/7 concierge, Medallion eliminates the need for cabin keys, I.D. cards for port trips and on board purchases or even ordering your favorite beverage more than once. Next time you want a drink  staffers, who will know you by name, can deliver your "usual" immediately be it in the bar, poolside or anywhere else.

Medallion allows passengers to locate friends and family wherever on the ship they might be, a true convenience on a 19-deck floating city.

Convenient for sure but ...

Have you ever wondered how ads for what you've looked at once pop up onto your computer screen? The process is called "scraping," incorporating your actions - surfing, perusing, ordering and everything else your fingers access - into a "portfolio" of your interests that can and probably will pop up endlessly.

Medallion's technology does the same thing to accommodate you on your cruise. Great while you are on board, but what will happen to that information after the cruise? 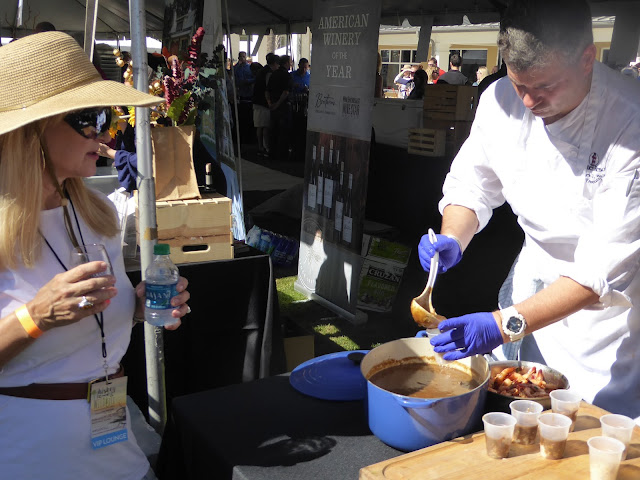 Seaside Fun Fest
I've been to a lot of food festivals over the years, but Jekyll Island's Whiskey, Wine and Wildlife fest Feb. 9-12 was one of the best.

Large enough to satisfy your palate yet small enough that lines aren't of Disney length, the setting Between Beach Center, The Jekyll Island Westin and the Atlantic  Ocean, is perfect. 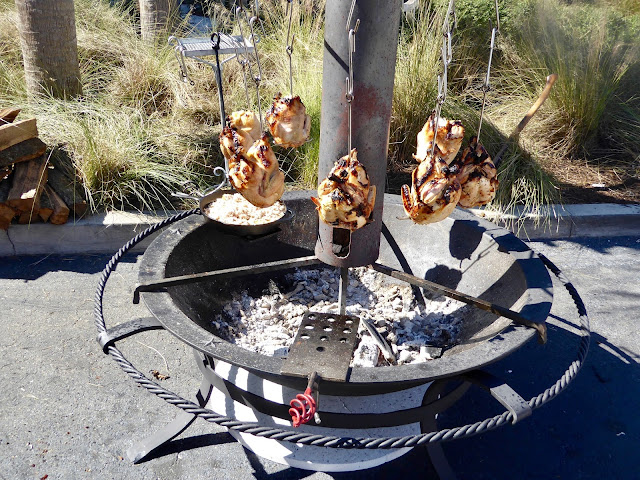 The event began with a wine dinner at the Westin Thursday night and climaxed with a whiskey dinner at The Jekyll Island Club's Crane Cottage patio Saturday night. A gently jolly brunch concluded activities Sunday. In between,  wine, whiskey and beer seminars, a gala tasting party at the Westin Friday night and the main event Saturday afternoon kept us entertained and enlightened.

Chefs, vintners, brewers, mixologists and other exhibitors knocked themselves out to win the various competitions and to gain new fans.

Your taste buds, the conservation of the island and the Sea Turtle Center all benefit.

Be warned, though. This was the event's second year and word of its success is out. In a few years it may become too popular to be the congenial, casual event it is now.

My recommendation: Come January 2018, check the website for dates and start making your plans. I recommend the VIP pass, which gets you access to everything, and at least one of the special dinners.

Posted by Judy Wells at 5:27 PM No comments: