Travel Trends and Tips from the N.Y. Times Travel Show


The annual New York Times Travel Show brings the world together for trade and public alike. Industry insiders and CEOs rub shoulders with travel agents, wannabe travelers and travel media like me at colorful booths and in seminars.
The Times show is the largest and longest-running trade and consumer travel event in North America. An enormous space with 500 exhibitors from more than 150 countries made it a candy store for potential travelers Jan. 17-29. I cruised booths, dashed from seminar to seminar and returned with a book of notes and a much longer bucket list.

Number one trend from all of this: DO IT. Go NOW. Consider staying longer, too.

The dollar is stronger against other world currencies than it has been in a decade. You will get
• 20 percent more for your money in Asia.
• 30 percent more in Canada.
• 33 percent more in Japan.
• The Euro and British pound are close to par with the dollar. Thanks to Brexit, American travelers are carrying empty suitcases for purchases in Great Britain. It is 50 percent cheaper to go to Switzerland than it was 10 years ago.

As one panelist said, for the cost of breakfast that morning at his Manhattan hotel he could have bought two lunches in Brussels.

Even the Parisians are glad to see us; tourism there is down 30 percent.

On the Water
Three quarters of our earth is water, which means there are a lot of places to put a ship, an incredible platform for transportation and transformation. Still, all of the cabins on all of those ships in the world account for less than 2 percent of hotel rooms. Seven percent is the maximum rate at which the industry can grow so no wonder 50 percent aboard many cruises are first-timers.

Little known reality: River, barge and ocean cruise lines want their competitors’ cabins to be fully occupied, too. If not, prices drop and profits decrease.

On Land
Europe is still the number one offshore destination for Americans. If you are one of the many looking beyond the traditional grand tour destinations, trend spotters suggest Latvia, Estonia, Lithuania, Czech Republic, Slovakia and Serbia. Why? Unique customs, folk dances and costumes, medieval towns, castles, walled cities, palaces, food, wines, festivals, scenery and genuine welcomes. All are now serviced by major airlines and considered among the safest destinations.

South Africa is another trendy locale. Safari is the prime motivator. The Big Five – lion, leopard, elephant, cape buffalo and rhinos – abound in Kruger Park, an area about the size of New Jersey. Don’t forget whale watching, shark cage diving or the wine, which has been cultivated for 300 years, much longer than in California. South Africa’s tourist board has been voted the best as has South African Air, its airline.

Heritage travel to trace one’s roots is hot and countries like Germany have developed special programs to make it easy for the 50 million Americans of German heritage. Hot, too, are historical anniversaries. The 100th anniversary of America’s entry into the Great War (WWI) occurs in October. In 2017 Montreal will celebrate its 375th anniversary and Nashville the 125th anniversary of the Ryman Auditorium.

If you’ve always wanted to see the Northern Lights, do it in 2017, the last in the 10-year cycle of the phenomenon’s peak show. Otherwise, wait another 10 years for the next cycle. 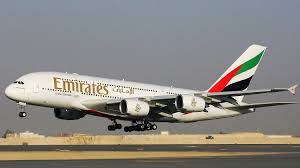 Getting there
Reaching your destination is cheaper than ever.
Milan has become the new bargain gateway to Europe, thanks to Emirates Airline’s entry into the market with incredibly low fares.

Many experts disagree but according to Pauline Frommer
• Saturday, Tuesday and Wednesday are the cheapest days to fly.
• Do your booking on weekends for a 19 percent savings.
• When flying domestically, book 57 days in advance or 176 days in advance to Europe for savings up to 11 percent. 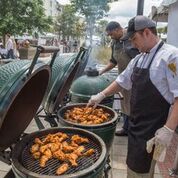 The folks on Jekyll Island know how to put on a party. Beginning Feb. 9, the annual culinary event, Whiskey, Wine and Wildlife, offers a wide range of tastings in an oceanfront  setting.

Tickets begin at $35 for singles to $549 for two to take in everything during all four days. Both the Jekyll Island Westin and the Jekyll Island Club Hotel on the other side of the island offer getaway packages that include tickets to events.

For details on the event and getaway packages, visit www.whiskeywineandwildlife.com.