Savannah:  If you're known as the Hostess City of the South you need some strong, creative and capable women.

Little wonder then that author Flannery O'Connor, one of the South's most unique characters, was born and reared here or that Juliette Gordon Low followed an unhappy, failed marriage by making a change in the lives of girls and founded the Girls Scouts here 100 years ago.

Today's women are no less.

Three of the city's top restaurants are run by women -
The Tea Room by a mother-daughter pair, Becky Wright and Elizabeth Ruby

Alligator Soul, by Maureen Craig. Known for its game and meats, it's also the best place in town for vegetarians. Maureen is one and her chef partner cooked in a Buddhist monastery.

Leopold's, THE place for ice cream since 1919, is run by the son of its founders, Stratton Leopold and his wife, Mary, who, when he's out producing movies with Ben Affleck and Morgan Freeman (The Sum of All Fears), John Travolta (The General's Daughter) or Tom Cruise (Mission Impossible III), keeps the ice cream scoops perfect.

And my favorite new find, Savannah Bee Company, may be run by a man but the Queen and her thousands of ladies in waiting rule.


On the Sand at Hilton Head
What: The Beach House, A Holiday Inn Resort
Where: Hilton Head, S. C.
When: whenever

The Deal: Beachfront for less than  you'll find anywhere else on the island.

This totally renovated hotel offers a beautiful pool, steps to the beach, bicycles, snack bar and restaurant , Wi-Fi, free parking plus famous The Tiki Hut, the only bar on the beach.

Management is so sure their prices are the best, your first night is free if you find any on the island's beaches for less. 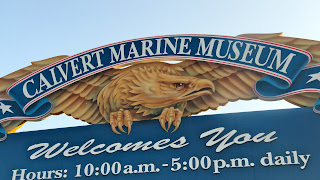 What's best about it? The eggs have real fossils inside that finders get to keep!

Details: Bring your own basket. 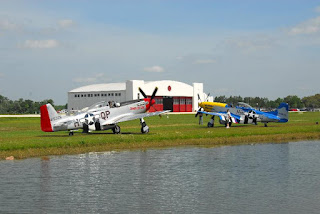 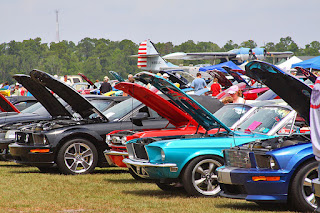 Mustangs and Mustangs
They call it legends having fun, but I think it's the visitors who'll have the best time.

What:  Restored P-51 Mustangs and Ford Mustangs exhibited together for the 15th year. The cars compete, the planes perform and experts and authors will be on hand to laud both.

What: Spa and Carolina Getaway packages

Catch: Must book through Liberty Travel, 1-888-271-1584. Additional fees for baggage may apply, airfare is midweek from several gateway cities. and blackout periods may apply. Prices are per person, double occupancy. Taxes and fees up to $60 may apply on arrival and departures.
Posted by Judy Wells at 9:01 AM No comments:

What:  Bon Appétit Chef de Cuisine Mary Nolan will present a cooking demonstration and luncheon. Considering her Food Network program Chic and Easy, expect Chef to showcase simple meals and tips to impress guests without breaking the bank or a sweat.

Where: The Fête Ballroom at Polo Grill in Lakewood Ranch, Bradenton, Florida.

How Much: Exclusive VIP packages for the June 9 event are being offered to guests staying at one of four hotel partners – Holiday Inn Lakewood Ranch, Comfort Suites, Fairfield Inn & Suites, and Wingate by Wyndham – who are offering rates starting at just $89.

PRODUCT INNOVATION AWARDS
First place went to Trunk & Trolley's Road Warrior M Series. Targeted at professional travelers, the series features the signature Micro Pop technology, which allows the upright and wheeled duffel to collapse quickly and easily. To collapse the bags, users simply open the bag and pull the molded red ripcords. With one quick pull from the outside handles, it automatically locks back into the extended position. Even collapsed, the product is clean in appearance. The sides and handles smartly fold inward. The Road Warrior collection retails from $200 to $600.

Briggs & Riley's Domestic Carry-On Expandable Upright featuring the revolutionary CX expansion system is fully adjustable, allowing travelers to customize each individual trip to meet different needs. With a simple ergonomic operation, the bag expands up to 24% of its original size, allowing room for more contents and extending trip duration. Once the bag is closed, users press down lightly on the lid to make the bag compress back to its original size, ensuring easy overhead storage on flights and no checked baggage fees. The bag will retail for $449.

Samsonite's Compressor has an internal ratchet system that allows users to incrementally compress a fully-expanded case after it's packed and the lid is closed. They may then compress packed clothing to make the case as small as possible. The ratchets are ergonomically placed on the ends of the case instead of the sides, so they are more comfortable to operate. The Compressor retails for $299.

THE BUZZ AWARD
The Buzz Award — voted on by retailers and media — was captured by exhibitor Psi Bands. The Buzz Award is awarded every year to the product that has created the most "buzz" in the Travel Goods Show's New Products Pavilion.

Psi Bands (pronounced "Sigh Bands") are acupressure wrist bands for the relief of nausea due to morning sickness (pregnancy), motion sickness and travel, chemotherapy, and anesthesia. Unlike any product on the market, Psi Bands are drug-free, adjustable, comfortable, fashionable, waterproof, reusable, and affordable. To learn more, visit www.psibands.com.
Posted by Judy Wells at 4:03 PM No comments: 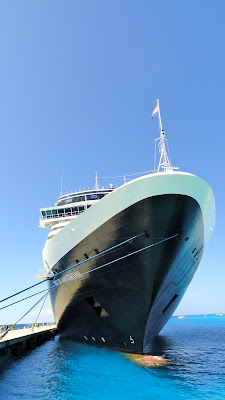 Now it's United Air Line's turn to offer deals on cruises. Here they are, just as I received them.

Regent Seven Seas Cruises
Cruise Lavishly & Save
Up to $900 Onboard Spending, 2-for-1 Fares, Complimentary Shore Excursions

Tips
• All "end soon" but no one will say when "soon" is. If it's like last year, soon lasts as long as the cabins do.

• If you have travel agents who are cruise experts (I recommend CLIA certified), check in and see what deals they have.

• Factor in the savings plus the air miles United offers and make your decision accordingly.

• If it's close, go with your travel agent. Should any problems arise, you'll have someone who values your business going to bat for you.
Posted by Judy Wells at 3:35 PM 1 comment:


Didn't I just say to expect some cruise deals? Here's the first from Princess Cruises.

What: Denali Explorer cruisetours begin at just $799 per person for a 10-day vacation, including a seven-day Alaska cruise with a land tour into the Alaska wilderness to see the majesty of Denali, and North America’s tallest peak. Travelers will enjoy accommodations at Princess’ own wilderness lodges and exclusive rail car service.

Small print: All fares are per person based on double occupancy.

Available: Denali on Sale runs from 12:01am on March 5 through 11:59pm PST on March 15, 2012. Sale prices are available to residents of the United States, Canada, Puerto Rico and Mexico.

Additional information: Princess Cruises is available through a professional travel agent, by calling 1-800-PRINCESS (1-800-774-6237), or by visiting the company's website at www.princess.com.
Posted by Judy Wells at 3:08 PM No comments:

What: Airport transfers, daily buffet breakfast, a day-and-a-half sightseeing tour, a cruise on the Bosphorus, museum fees (except for the Toy Museum), free WiFi, a toy for the kids and four nights at the 4-star Arena, a restored 19th century Ottoman stone mansion located in Sultanahmet, heart of the Old City.

Fine Print: Subject to availability, per person double occupancy. The two-hour visit to the toy Museum on the city's Asian side will cost $8 entrance fee but does include a topac, a free Ottoman-style toy.

For information:  www.tourcrafters.it and click “Deal of the Week.”

According to a story this week in Travel Weekly, the Carnival Corp. owned Costa Concordia sinking in January and her sister ship the Costa Allegra losing power in the Indian Ocean and being towed to port this month have spooked potential cruisers.

What began as a slam-bang Wave Season, the January to March period when most cruise bookings are made, is ending in a fizzle. Frequent cruisers who hadn't already committed are waiting for bargains and first-timers are backing away.

Industry experts and marketing directors for the cruise lines are on many different pages with their plans and predictions, but extending the Wave Season has been suggested.

Summer and fall of 2012 may be a great opportunity for last minute bargains so keep your passport and luggage ready.
Posted by Judy Wells at 11:51 AM No comments:

To celebrate the oldest city's 447th birthday, the five Inns of Elegance are offering guests a free two-hour sail aboard the schooner Freedom, a tall ship 72-foot Topsail Schooner replica of the blockade runners that once sailed these waters in the 19th century.

The Inns of Elegance, a collection of romantic bed and breakfasts in the historic city, are known for gourmet breakfasts, outstanding accommodations in picturesque settings, historic properties (circa 1791-1918) and personalized service.

Added value: Schooner sail for two and a bottle of champagne a $100 value. Guests may choose between a romantic sunset cruise or a midday cruise through the Matanzas River watching for dolphins and manatees.

Availability: Sunday through Thursday, May 1 through December 20, 2012.

For reservations and information: www.innsofelegance.com.
Posted by Judy Wells at 11:02 AM No comments: