A steady stream of Americans visits Poland; after all, Chicago has the second largest concentration of Poles, making it Poland's second largest city. Increasingly, the rest of America and the world are discovering this reasonably priced center of interesting history and sites, beautiful countrysides and welcoming hosts. After centuries of struggling to rule their own nation, the Poles have achieved their goal and want to show off.

LOT, the national and most aggressive airline in Europe, is making it easier with 27 new or reinstated routes for 2016. A direct flight between Los Angeles and Warsaw and Chicago and Krakow have recently been added. I was invited on the inaugural reinstated flight from Newark to Warsaw April 28 followed by a quick look at Warsaw and Krakow.

Here's my take on Warsaw.

It is impossible to ignore the tragedy of Poland's Jewish populations. From the mid-13th century, Poland was known as the most enlightened and tolerant of European countries. Its rulers gave Jews all the rights of Christians. Scholars, musicians, merchants, writers and scientists flourished and so did the country. All changed with the 20th century and the rise anti-Semitism exacerbated by fascists and Nazis, who turned Jews, gypsies and homosexuals into scapegoats for all of society's ills.

There were more than 3.5 million  Jews, a large percentage of the world's Jewish population, living in Poland prior to World War II. More than 3 million of them were killed by war's end.

More Polish gentiles, 6,706, have been recognized by Israel for their efforts in saving Jews than in any other country.

Memorials to victims of the Holocaust dot the Polish cities and countryside, always with fresh flowers.

Most - 70 percent - of Poland's capital was destroyed through World War II and the Soviet takeover, but in many areas, primarily Old Town, you'd never know it. Even the Soviets recognized the importance of recreating the 13th century historic district.

Tourists and natives flock there, picking up souvenirs, snacks and floral headbands, a popular adornment. 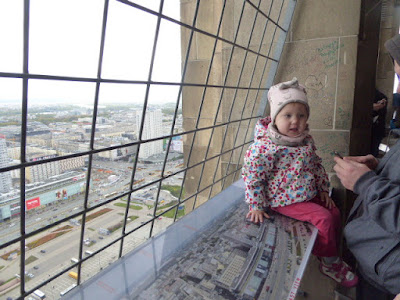 The Soviets also made sure major boulevards were wide (easier crowd control) and gifted the city with the enormously large and ugly Palace of Culture and Science, tearing down what bombs hadn't already destroyed around it. Unfortunately, one of those wide roadways the Soviets built runs along the Vistula River, effectively separating it from the city.

Two museums that are musts for anyone with a taste for history.  The Warsaw Rising Museum effectively recreates the uprising of Polish Nationalists and Jewish ghetto residents Aug. 1, 1944, the heroic but doomed to fail struggle. From Nazi occupation, torture and systematic killing to post-war communist fears and oppression,  the museum honors all who have given their lives for a free Poland.

Named Europe's Museum of the Year in 2016, it is worth the better part of a day's visit. Design your own 12th century coin in Hebrew, see a book printed in 1644 in Krakow, listen to Klezmer music, follow the footsteps to dance a tango, watch a Jewish movie, wonder at the dazzling ceiling of a reconstructed 17-18th century synagogue and yes, feel the terror and horror of the Holocaust.

Warsaw is still getting its act together. Some areas are in disrepair, others will have ramshackle buildings  amid attractive period or contemporary-style ones. Tangles of ownership are yet to be untied. 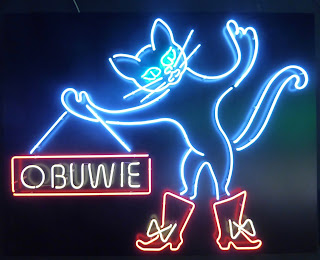 As soon as ownership is established, urban renewal jumps in as it has in the artsy Praga, the Bohemian district, where you will find the Neon Museum and snazzy restaurants moving in near the old Milk Bars and the unrestored area where "The Pianist" was filmed. 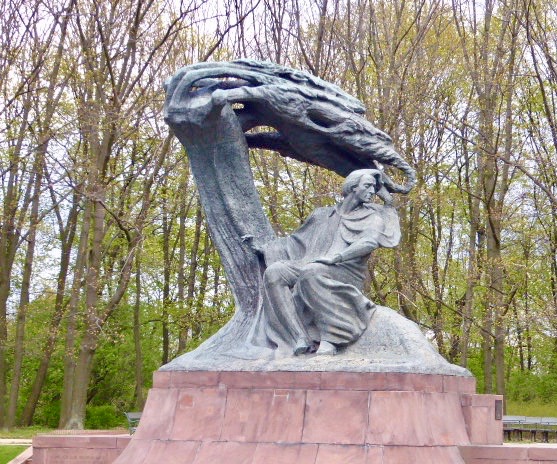 Parks, 40 percent of the city, add to its charm. Don't miss Royal Lazienka Park with the larger than life memorial of favorite son Fredyryk Chopin under a willow tree. If you can't make one of the Sunday afternoon concerts there at noon and four mid-May through September, look for the marble bench, one of several near significant spots for the musician. Sit, download an app and listed to his music.

If you are a fan of The Zookeeper's Wife, definitely visit the tree-filled Warsaw Zoo and arrange a tour of the house where it all took place. Quite an experience.

Food can be a highlight of your visit. 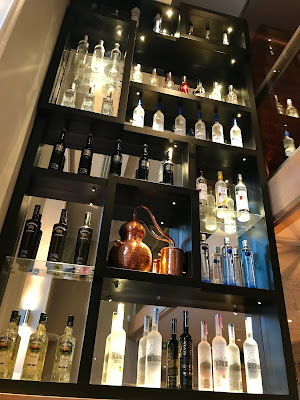 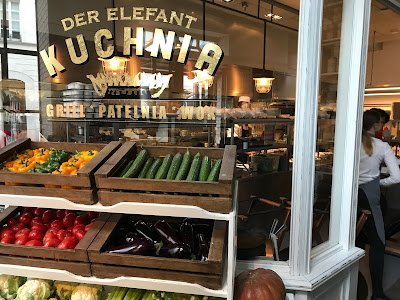 Der Elefant attracts families and singles with a wide array of choices - pirogie to tartare to creative burgers and plate-filling fish. There's even a supervised children"s room so the adults can linger.

If you want something more historic, Hotel Bristol is your spot. The rooms are smaller but you will be sleeping in an Art Deco-style hotel once owned by composer, pianist and politician Ignacy Paderewski where heads of state and celebrities have stayed.

Wasn't there long enough to evaluate the night life, said to be hopping, but Warsaw is definitely a work in progress.

Incredible India at a Bargain

Naples, the closer one

The Inn on 5th and Club Level Suites have paired up for a two-night "Cuisine and Cruise" package in downtown in Naples, FL. Room for two nights, sunset sightseeing cruise for two and $100 credit for dinner at Ocean Prime.