Free show for Vets at Fantasy of Flight 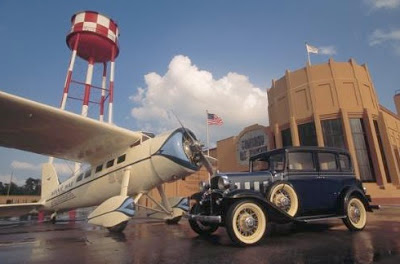 What: "Veterans Day Salute: A Celebration of Service," an encore presentation of Fantasy of Flight's Legends & Legacies Symposium Series. Five veterans of World War II and Vietnam will share their personal stories, while six military aircraft that flew in those conflicts will be featured and flown.

Also: Through Nov. 14, guests may bring a non-perishable food item that will be donated to The Mission in Winter Haven and receive $5 off general admission. Each person in a group must bring an item to donate. This offer cannot be combined with any other discounts or offers. Group rates are available.

Posted by Judy Wells at 5:07 PM No comments:

Traditionally day trippers to Cumberland have gone from ferry dock to the south end of the island's beaches and the ruins of Dungeness, the mansion built by Thomas Carnegie, younger brother of steel magnate and library builder Andrew.  They reached it by foot or on bicycles.

Only overnight campers who were hardy hikers had time to take in the island's north end. For the first time, the Lands and Legacies tour, introduced a year ago, makes the north end accessible to all. Or at least the 20-30 who snag reservations for it. There are three regular 15-passenger vans and one equipped with a wheelchair lift.

The vans take visitors from the Dungeness dock past the open field once part of the Stafford Plantation, now an airfield of sort kept trimmed by grazing wild horses, stopping for a look at the Stafford cemetery. Buried here also is Thomas Hutchinson from St. Andrews, Scotland, a golf pro the Carnegies brought over to design and manage a nine-hole golf course.

Along the way you learn of the maritime forest ecosystem and Revolutionary War hero Nathaniel Green who was given much of the island as recompense for the money he lost financing the war for America's freedom. If you're lucky, you'll also encounter deer, wild turkeys and horses.

Plum Orchard is the longest stop to tour the main rooms including the indoor pool and one of the last remaining indoor squash tennis courts left.

The tour continues to Brickhill Bluff and The Settlement, where former slaves made their homes and where John F. Kennedy Jr. was married. Visitors are delivered back to the Dungeness dock in time for the 4:45 p.m. ferry back to the mainland.

As memorable as 100-plus-room mansions are, what sticks with you is the island's rich history and challenging ecosystem.

Tip: Around mid November, the rangers and volunteers begin decorating Plum Orchard for Christmas. On Sunday, Dec. 9, the day after the St. Mary's Christmas Tour of Homes, Plum Orchard is open for tours and the decorators are all attired in period costumes. It's VERY popular and limited to space available on the ferry. 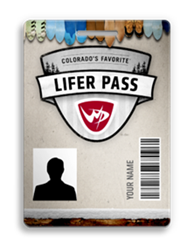 What: Win a "Lifer Pass" to the slopes at Winter Park Resort in Colorado. That's the grand prize. Bi-weekly giveaways include a Spyder Sweater, a bag from The North Face, a Never Summer Snowboard, skis from Head, a Burton snowboard.

How: Go to http://forlife.winterparkresort.com/ and enter to win.

Fine Print: Open only to entrants who, as of the entry date, are permanent legal residents of the 50 United States and Washington, D.C., who are at least 18 years old. The Sweepstakes is void outside the 50 United States and D.C., and where prohibited or restricted by law. LIMIT: One (1) entry per person (regardless of method of entry) or address (physical or email).

What: Space shuttle Atlantis flew 33 missions into space, logging 125+ million miles. The 10-mile move is the only opportunity to see it until the scheduled opening of its new home July 2013.  Astronauts, space program officials, special exhibits and autograph sessions will be available

Autograph Session and Memorabilia Show, Visitor Complex, benefiting the Astronaut Scholarship Foundation. Throughout the day, a "who's who" of space exploration – more than 50 astronauts and special guests – will sign autographs at the Kurt H. Debus Conference Facility, adjacent to the Rocket Garden. Each astronaut will have his/her own station and charge a fee for autographs. Guests can bring memorabilia to be signed, or choose from photos and memorabilia that will be available for purchase. Admission is $15 for adults and children.

What: The 5th truly Open, International Petanque Tournament in the USA.

Where: On Amelia Island, Florida - at the downtown marina in Fernandina Beach.

Who: Open to anyone, teams of two players (doubles).
Beginners, amateurs, advanced players and champions will all play together in one big tournament.

What is it? A game that started in 1907, petanque is a version of an older outdoor bowling game. The object is to toss or roll a number of hollow steel balls as closely as possible to a small wooden target ball. Teams take turns and the one closest to the target when all balls have been played is the winner.

What else: Watching is free and international live music, food and a bar are promised.

What: "Another Trip Around the Sun," Jimmy Buffet's party of supporters' annual convention.


Open to the public: Margaritaville Street Fest, 1-5:30 p.m., Nov. 2 at Duval and Fleming Streets, featuring Jim Morris and the Big Bamboo Band and Michael Armstrong and The Key West Band.