Hungary to Croatia to Serbia to Bulgaria to Romania may be the only river cruise about which you will say, "If it's Tuesday it must be Bulgaria." 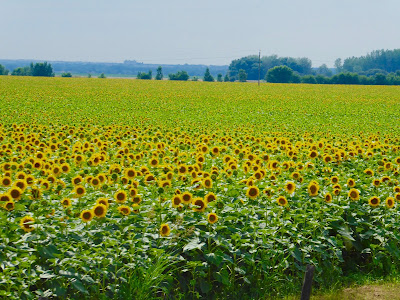 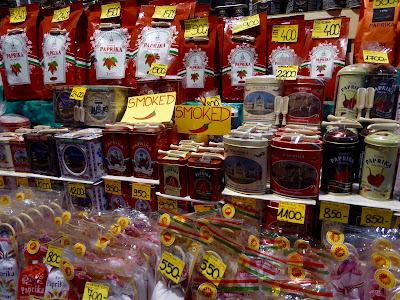 
Houses topped by red-tiled roofs and a Mediterranean climate to go with them.
Beautifully embroidered fabrics, Veliko Tarnova, Bulgaria. 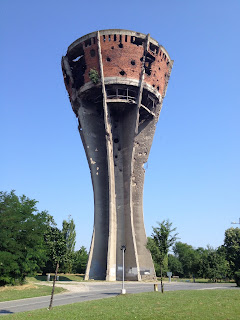 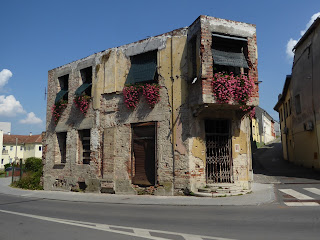 Stubborn independence, centuries of wars and pride in having achieved freedom at last.

All of this, like the Danube that flows through them, you find in all five countries.

Some mornings you have to consult the ship's itinerary to make sure where you are. Then try to remember what the cruise director said about the currency at last night's port talk.

Each country has its own and, despite European Union membership, some don't accept euros, some will accept low denomination dollars if they are pristine but never any coins other than their own. Change will be in their currency. Souvenirs often cost more when you whip out a credit card.

Fascinating, frustrating and unforgettable. You will return to America feeling incredibly fortunate that you call it home. 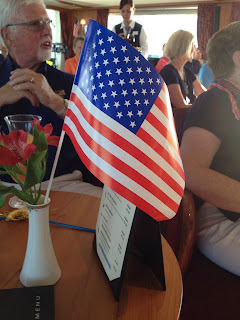 Celebrating the Fourth of July here was more meaningful than any amount of red, white and blue bunting or bombs of fireworks bursting in air.
The Ship
I was on the Vantage River Splendor along with about 168 others. Almost all were Americans, some of whom were on their 12th trip with the line. Why? They liked the atmosphere aboard, the amenities, the food, the itineraries and the price. 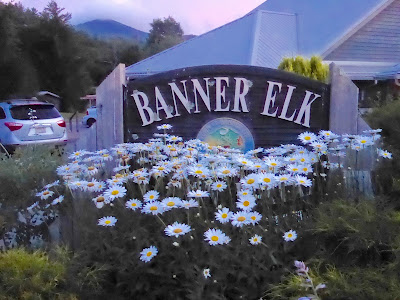 What can you do in a one-stoplight town?  If it is Banner Elk, NC, quite a bit.

Catch breakfast at Dunn's Deli. Owner, chef and jolly good company Mike Dunn's signature breakfast croissants and breakfast bowls start the day nicely. As he says, "It's not fast food, it's good food done as fast as I can." He also owns Perry House B and B up the hill next to the Deli. 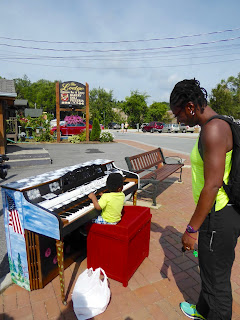 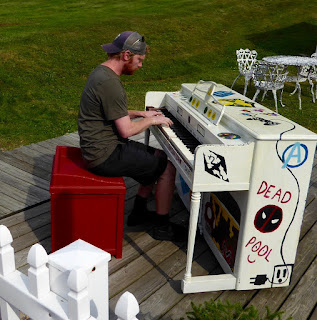 Stop on the Deli's deck and try your hand on one of the six "Go Ahead and Play Me" painted pianos scattered around town. This Chamber of Commerce project has been very successful. 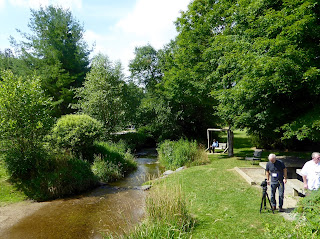 Work off breakfast with a stroll along the Greenway with its streams and parcour.

Take a tour of the Apple Hill Alpaca Farm where owner Lee Rankin and her staff will introduce you to the resident llamas, Mr. Pickles the pig, chickens, donkeys, angora goats, horses and dogs as well as the alpacas. 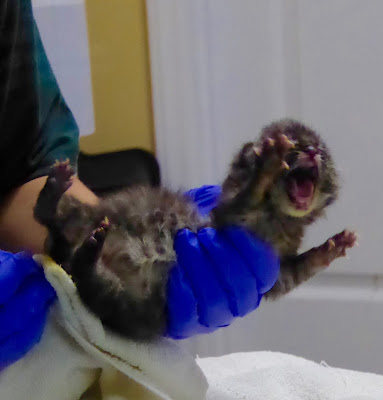 Don't miss the May Wildlife Rehabilitation Center, part of Lees-McRae College. During the summer and on weekends they have animal presentations. We met a barred owl,  a red-tailed hawk, a crow and a baby bobcat and observed a Canada Goose receive acupuncture treatment. 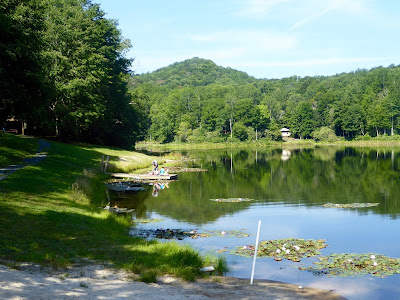 Feel like a swim? Wildcat Lake is just the ticket. Fishing piers, canoes and kayaks are available too. No charge.

On a clear day or even a cloudy one, drive up Beech Mountain Resort. Hike 30 miles of trails, mountain bike, play disc golf or take the chairlift to 5506' Skybar to enjoy the view and the Beech Mountain Brewery craft beer.
Both it and Grandfather Mountain are a 20-minute drive away. 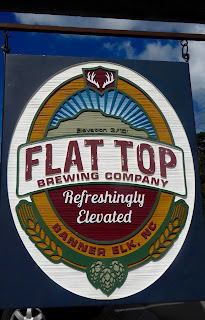 and Banner Elk Winery are good spots to take your thirst. The winery's "front yard" with its chairs and fire pits is a popular spot for watching sunsets.

Come Thursday, don't miss the weekly Concert in the Park. Residents and visitors alike make a party of it, picnicking  and dancing.

I've saved the best for last: Banner Elk has become the gourmet center of the high country.

I had two favorites.
Chef Bill Greene at  Artisanal will knock your socks off and his wife, Anita, will make sure you leave happy. Reared in Banner Elk, he sped up the culinary ladder from CIA to the Ocean Reef Club, The Phoenician Resort, Le Cirque 2000  the Waldorf Astoria's Peacock Alley and the Bellagio. 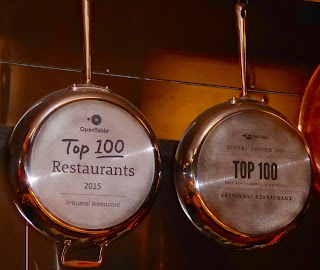 Family brought the Greenes back to Banner Elk and the first, small version of Artisanal. When Wayne Huizinga was seeking a chef to develop a special restaurant to enhance his exclusive Diamond Creek Golf Club, he turned to Bill and Anita. 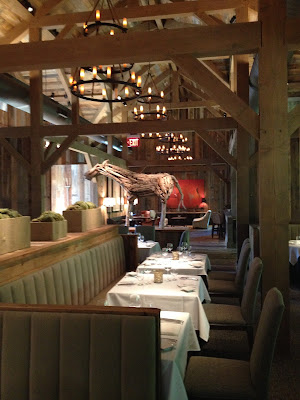 The result is a new "old" barn with a tasteful equestrian decor. Dining is on the first floor and deck overlooking a stream. Downstairs is the wine cellar for the restaurant's 8,000-bottle collection and a handsome tasting room. 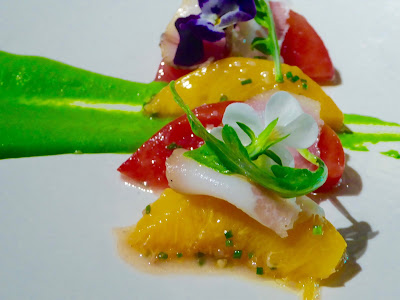 The food? Organic fruit and vegetables are picked in the morning and served that night. Meat and seafood are the best to be had and what Chef Bill does with them all is extraordinary. He had me at the first course, a bright assortment of summer flavors including heirloom tomatoes, gently roasted South Carolina peaches and an arugula puree so good I wanted a whole soup bowl of it.
Louisiana Purchase the restaurant is as good a deal as Thomas Jefferson's original Louisiana Purchase. Another husband and wife team, Chef Patrick and Laurie Bagbey, keep tables filled and diners happy. It's the third chef-owner team in the spot's 28-year history.

First timers' expectations are usually low approaching the nondescript strip of stores where the restaurant is located. Once inside the picture brightens considerably with attractive painted vignettes on the walls and white linen service. Framed Wine Spectator certificates of excellence help, too.

The wine list is excelled only by the food and service. My crab cake was on the overly breaded side but the tempura eggplant filled with crawfish tail meat and the holy trinity of minced vegetables more than made up for that. So did the fresh blackberry pie. It's easy to see why this gem is open year round. 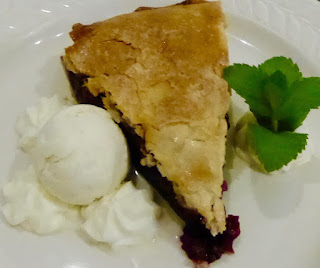 Two other spots are worth mentioning.
Since 1983 Sorrento's has offered southern Italian cuisine and huge portions. Chefs Nicole and Anthony Palazzo are the third generation to prepare the family's treasured recipes.

It is easy to see why Andy and Les Broussard's Banner Elk Cafe has prospered, going from 600 square feet to the current 5,500 square feet with two separate kitchens and multiple menus. It's packed summer and winter. Dog friendly, too. 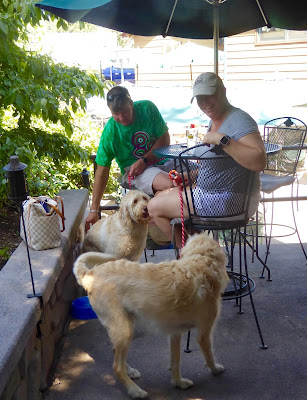 See, you never know about those one stoplight towns.#Visitbannerelk